His expertise is extensive in hotel operations, sales and asset management. Since 2005, Mr. Caplan is also Co-founder and Managing Principal of Access Hotel and Resorts. Access is a third-party hotel and asset management company that operates hotels on both North American coasts as well as the Caribbean. Currently, the company manages a number of independent properties including The Seton Hotel and The Distrikt Hotel in New York City, The Serrano Hotel, San Francisco, California, The Lodge of the Four Seasons, Lake Ozarks, Missouri and The Palace at Playe Grande in the Dominican Republic as well as several other full-service hotels.

Mr. Caplan was instrumental in the management transition of Bacara Resort and Spa, Santa Barbara, California. After 18 months of Management, he assisted in the disposition of the resort, increasing asset value by $30 million dollars. Mr. Caplan has cultivated strong partners throughout his career advising and/or managing assets for pension and private equity funds, banks, brands and servicing companies. During his tenure in the industry Mr. Caplan has opened, repositioned, managed, renovated, disposed and acquired more than $650 million of hotel real estate.

Prior to co-founding Access Hotel Management, he led the expansion of Warwick International Hotels in North America with the conversion of the Melrose Hotel Dallas to The Warwick Melrose Dallas Hotel, a AAA four diamond property.

Mr. Caplan has held the position of Director of National Sales for Hilton Hotels Corporation and was honored as Hilton’s National Sales Person of the Year, the youngest in the Company’s history. Mr. Caplan holds a Bachelor of Arts from Michigan State University. 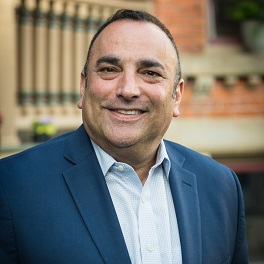 "The Del Webb management and activities team have made major improvements in the operations, maintenance, security, covenants enforcement, breadth and enjoyment of social activities. Further, the teams have exceptional interpersonal skills and are focused on exceeding resident expectations." Kathy, Del Webb Homeowner

“The Access team has really enhanced the resident lifestyle here. There’s always something fun going on, and the newsletter makes it so much easier to stay connected and discover new ways to enjoy our community.” John, Village Walk Homeowner

"The Access Residential Management team has been very helpful in our transition from renting in Waterleigh to owning. Alex and Rebekah have always answered our questions in a polite and prompt manner. The wonderful community events that the team coordinates have helped us to meet more neighbors and feel welcome.? Renee, Waterleigh Homeowner

“I only wish all management companies were as responsive and accommodating as “The Access team ." Jim Gray, City of Orlando District 1 Commissioner