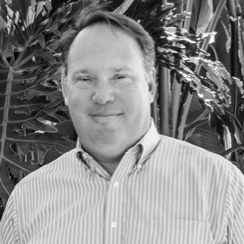 Dave Walter is a licensed community association manager, in the State of Florida. Dave began his career in the banking industry in Connecticut where he worked in the mortgage servicing sector. After 4 years working with People’s Bank and reaching the level of Sr. Financial Analyst, he moved on to work with Triton Investment Management. Triton had offices in Stamford, CT, New York, NY and Houston, Texas.

Triton purchased and subsequently managed garden apartment units throughout the US with concentrations in Texas, Virginia and New York. As an Asset Manager with Triton Dave was responsible for the communication between on-site staffing, vendors and investors. Part of Dave’s responsibilities included budgeting for operations, and capital improvements. He also supervised on- site staff and local management companies. During his tenure at Triton, Dave was instrumental in purchasing over 5,000 apartment units in Houston, Texas. Dave directly supervised the setup of the management company tasked to handle the on-site staff and the day-to-day operations of the apartments.

After Triton, Dave went to work for himself in the Casino/Hotel industry. He and his partner started a casino marketing business. This operation planned, promoted and escorted trips from various cities on the east coast to casino destinations throughout the US and the Caribean Islands. For the next 18 years Dave operated this business gaining contracts with such companies as, The Trump Organization and Caesars Entertainment. Dave holds a Junket Enterprise license with the states of New Jersey and Nevada.

During the same time period with his partner, Dave opened a full service Italian/Pizza restaurant in Myrtle Beach, South Carolina. Dave was owner/operator of the restaurant for 15 years being responsible for the day to day operations including food ordering, accounts payable, scheduling, payroll, and all taxes and government filings. In addition, Dave was involved in creating the recipes and the designing and writing of the menu.

In 2009 Dave began to work for Access Residential Management. For the first few years Dave was tasked with various projects. He assisted in setting up new communities and helped with the creation of month end financial packages. In 2013 Dave re-located to Orlando to take the position of Director of Operations for Access Residential. Dave’s responsibilities have included Portfolio management of Homeowners Associations, and the supervision of on-site management staff. This would include preparing property budgets, running monthly board meetings, vendor contact, and communication with the developer and resident run board of directors.

Dave has been married for 25 years and has three children, the eldest a recent graduate of Clemson University and the other two currently attending Winthrop University near Charlotte , NC.