Lynne Brzozowski has been with Access Residential Management for two and a half years as Corporate Controller and Office Manager. She came to us with a 30-year hospitality background.

Lynne grew up and graduated college in New Jersey. Shortly afterward, she moved to Philadelphia and worked in Food and Beverage operations in a 500 room hotel. As Beverage Manager, she oversaw the hotel’s bars and banquet beverage operations, purchasing, inventory and staffing. She installed a monitoring system to track and audit sales.

Leaving her first hotel, she was hired by a multi-hotel owner and spent 25 years in many positions, but mostly and lastly as controller and internal auditor. She was on the implementation team twice to convert hotel franchise flags and software. She updated the accounting software three times during that tenure.

After leaving that company, Lynne was hired by a large hotel management company to transition its hotels to a new software and train staff. She later oversaw up to 15 hotels as Regional Controller. Lynne now lives in Orlando and oversees Accounting and Payroll in Access’ corporate office. 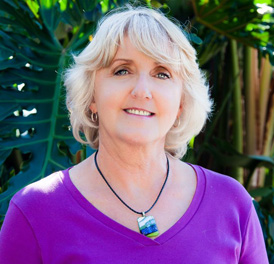 "Only accountants can save the world! Through peace, goodwill and reconciliations."

"The Del Webb management and activities team have made major improvements in the operations, maintenance, security, covenants enforcement, breadth and enjoyment of social activities. Further, the teams have exceptional interpersonal skills and are focused on exceeding resident expectations." Kathy, Del Webb Homeowner

“The Access team has really enhanced the resident lifestyle here. There’s always something fun going on, and the newsletter makes it so much easier to stay connected and discover new ways to enjoy our community.” John, Village Walk Homeowner

"The Access Residential Management team has been very helpful in our transition from renting in Waterleigh to owning. Alex and Rebekah have always answered our questions in a polite and prompt manner. The wonderful community events that the team coordinates have helped us to meet more neighbors and feel welcome.? Renee, Waterleigh Homeowner

“I only wish all management companies were as responsive and accommodating as “The Access team ." Jim Gray, City of Orlando District 1 Commissioner